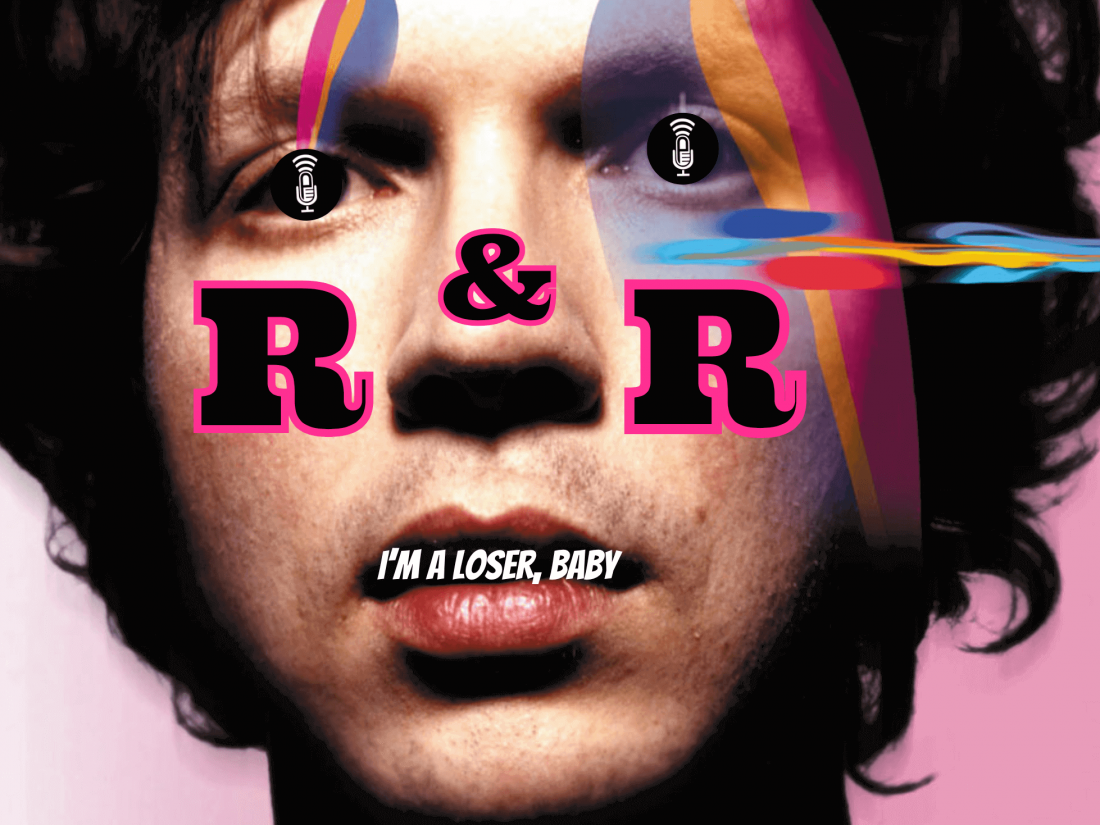 Contrary to what many would lead you to believe, Christians are not better than other people. As such, we often have to deal with patterns of our own behavior that we know are wrong. What should we do when we realize we’ve gone off the right path? Reject and return. R&R.

There are many verses in the Bible that I’m not particularly fond of.

“As a dog returns to its vomit, so fools repeat their folly.”

I don’t like this verse because the visual is disgusting.

Even more so, I don’t like it because it’s too applicable to me.

In a variety of different contexts, I have lived this out, over and over.

If I am honest with myself – and that is something I have always sincerely tried to be, as I’ve witnessed self-deception and self-delusion keep so many people from their true potential – there are few verses in the Bible that are MORE applicable to me.

I gotta keep it real.

News Flash: Christians Are Not “Better”

Closely related to the point I’m ultimately going to make here, one of the biggest myths that needs to be dispelled about Christianity is this: Christians are somehow better than other people.

Christians are every bit as human, as frail, as flawed and as sinful as any other group of people, truth be told.

The hard reality is this: due to humanity’s inherently sinful nature, it is literally impossible to be perfect.

One of the things I love about my church – NorthRidge Church, in Plymouth, MI – is that the leader of the church, Senior Pastor Brad Powell, has made that idea – that Christians are NOT better than anyone else – a core part of the DNA of the church.

First, because it is a Biblical truth:

Ecclesiastes 7:20: “Indeed, there is no one on earth who is righteous, no one who does what is right and never sins.”

Psalm 14:2-3: “The Lord looks down from heaven on all mankind to see if there are any who understand, any who seek God. All have turned away, all have become corrupt; there is no one who does good, not even one.”

Psalm 53:2-3: “God looks down from heaven on all mankind to see if there  are any who understand, any who seek God. Everyone has turned away, all have become corrupt; there is no one who does good, not even one.”

And second, because it is such a core, fundamental part of his personal story.

Brad often talks about his many weaknesses and character flaws, and how wild, undisciplined and out of control he was in his youth.

As just one example – and this is something he has shared publicly a number of times – he was kicked out of four different high schools.

And not just any high schools, mind you.

That took some work, yo.

To show you just how committed to speaking Biblical truth Brad is, NorthRidge gained some notoriety back in 2010 for putting up a series of billboards on local highways with messages like you see in the image below.

Here’s how one article I found wrote about that at the time:

“A megachurch [NorthRidge Church] in Southeast Michigan is making a lot of people uncomfortable with its new billboard campaign that proclaims that the church is for hypocrites, losers and liars,” and

“The reality is all human beings are the same. They’re flawed. We’re all the same inside [the church] and outside. We too are failures, losers, … hypocrites,” [Pastor Brad Powell of NorthRidge Church] continued.”

Exactly as Powell said it, I am a failure, a loser and a hypocrite.

And I am also a Christian.

Not only are those things not mutually exclusive, but they are actually mutually INCLUSIVE.

Becoming a Christian doesn’t suddenly make you a better person.

Or even a different person.

Being a Christian simply allows you to have a relationship with God, to have your sins forgiven and to receive eternal salvation.

And – make no mistake – those things are massive.

They are the most important things possible in this life.

But just because those things are true – and they are – doesn’t mean you become perfect upon becoming a Christian.

Back to the V

Back on point: because these things are true of all Christians – including me – very often, we do “return to our vomit,” just like the dog in that scripture.

What does that mean, exactly?

It means we revert back to habits we know are bad for us.

We repeat behaviors we know are self-destructive.

We do things that make us feel good for a few minutes.

And then make us feel awful for hours, days, weeks or even months.

We do things that separate us from God.

I know, this is not a fun topic, particularly if you consider yourself a Christian.

Even worse is if you consider yourself a Christian and you’ve somehow been led to believe that being a Christian somehow makes you better than anyone else.

Allow me to be really candid and transparent: lots of Christians think this.

I have attended churches where the leadership seemingly brought into the “being Christian makes us better than others” falsehood.

Needless to say, I didn’t stay in those places very long, because I knew that leadership wasn’t communicating the Word of God accurately, which IMO is the biggest mistake a church leader can make.

And You’re Telling Me These Things Because?

I mention all of this for two reasons.

First, simply to communicate the reality that Christians are not better than others.

Second, to state that we shouldn’t be surprised when we do err and repeat mistakes we’ve made in the past.

Please allow me to be very clear on this: I am not, not, NOT suggesting that we should use this “we are not perfect, and that’s just the way it is” reality as an excuse to do wrong.

Even though we know we can never achieve perfection, we should still strive to be the best we can be, and to constantly improve throughout the course of our lives.

What We Can Do

Beyond that, we can do is the following:

…recognize your own behavior for what it really is, good or bad.

…be perceptive, and recognize when we return to past patterns of bad behavior.

…be honest with ourselves, and call a spade a spade; avoid self deception at all costs.

This One’s For Me

I mention all of this now because I’m writing this post for myself.

This is the message I need to hear right now.

I want to always be honest and candid in writing within this blog, even when it hurts to do so.

Because I know we all go through the same things in our lives.

We do the very things we know we shouldn’t.

It’s as if we literally have no control over our own behavior.

Not Even the Apostle Paul Was Immune

To show you just how inherent this pattern of behavior is to the human condition, the Apostle Paul wrote about this very thing we’re discussing. Keep in mind, Paul wrote 13 of the 27 books in the New Testament.  Here’s what Paul wrote at Romans 7:14-23: (emphasis added):

So I find this law at work: Although I want to do good, evil is right there with me. For in my inner being I delight in God’s law; but I see another law at work in me, waging war against the law of my mind and making me a prisoner of the law of sin at work within me.

Don’t miss the significance of that: if the man who wrote more of the New Testament than anyone else struggled with sin to this degree, that proves just how hard-wired we humans are in terms of being prone to doing the wrong things.

I wanted to share this with you, in case you’re struggling to get over the hump with respect to some bad behavior to which you can’t seem to stop returning.

Return to the right path.

This is a key, fundamental aspect of the Christian experience.

Because you are human, you WILL mess up.

The key is to not become discouraged.

Don’t waste time beating yourself up.

Don’t compound the problem by going even further in the wrong direction.

Accept your weakness and your frailty.

Rather than focusing on the mistake you just made, focus on getting back on the right path ASAP.

Pray for God’s assistance, and He will provide it.

But you have to ask.

Return to the right path.

Nobody Makes Any Money Doing Anything Anymore <— Prior