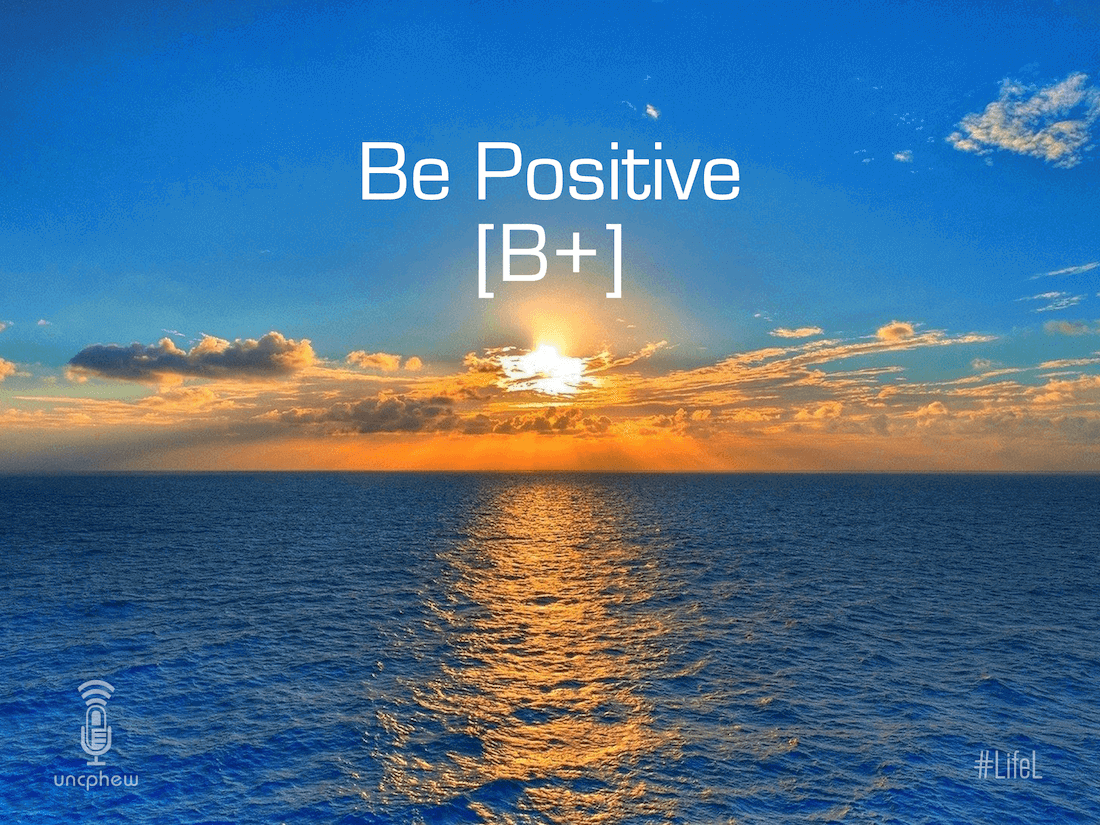 Being positive doesn’t ensure success, but being negative almost guarantees failure. Leverage a positive attitude to be your best you, in each and every thing that you do.

“Successful people maintain a positive focus in life no matter what is going on around them. They stay focused on their past successes rather than their past failures, and on the next action steps they need to take to get them closer to the fulfillment of their goals rather than all the other distractions that life presents to them.” — Jack Canfield

“The only place where your dream becomes impossible is in your own thinking.” — Robert H. Schuller

Over six decades ago, in 1952, Norman Vincent Peale authored one of the most famous self-help books ever written: The Power of Positive Thinking: A Practical Guide to Mastering the Problems of Everyday Living. As the title of the book suggests, Peale believed there is power in positive thinking. By nature, most of us probably agree with the idea that “being positive” is a good thing.

But many also think positive thinking is one of those “feel good” concepts that lacks real substance or value beyond the superficial.

Confessions of an Eternal Pessimist

Full disclosure: I’m one of those people.

Or at least I was one of those people.

It’s taken me several decades of living with the results of my innate pessimism as a fully formed adult to finally get to the point of truly understanding just how much damage I was doing – to myself, to the people around me, to the level of my success, etc. – as a direct result of my negativity.

That lesson having been learned, I developed the following thought that I use to help keep me on track with respect to staying positive:

Assuming that thought is accurate – which I know for certain it is – if we want to have a fair, reasonable shot at succeeding, we simply must eradicate negativity and replace it with positivity.

We must choose to be positive.

The Very Real Benefits of Being Positive

Beyond my personal experience and my subjective opinion, are there real, tangible benefits to being positive?

Is there actual “power” in positive thinking, or is it all just emotional smoke-and-mirrors? What, exactly, are the benefits of thinking positively? And are any of the benefits actually supported by, you know, science?

I researched the answers to those questions, and some of the findings surprised me. Perhaps they will you as well. Here are the more powerful benefits of positive thinking:

That’s quite a list of benefits, right? And that’s what science says.

There’s actually more (quite a lot more, in fact) in terms of that kind of scientific research. I stopped listing the additional benefits I discovered because I think the list above speaks for itself in terms of the power, and the direct, tangible benefits, of positive thinking.

Above and beyond what scientific research shows, stop and think about your own life experiences for a moment:

As I mentioned earlier, I was born a cynic. Most of my life, I’ve viewed things through a slightly-to-more-than-slightly pessimistic lens. It really wasn’t until fairly recently, after I started reprogramming myself for positivity, that I started to understand how damaging it is to have a negative outlook.

I have turned my attitude around and am now enjoying the fruits of a more positive and optimistic point of view. Honestly, the difference is night-and-day. I only wish I had started sooner!

Perhaps you’re a bit like I was. Or maybe you realize you could benefit from an increase in positivity in your life. Here are 12 things you can start doing to move in the direction of a more optimistic way of living your life:

Rome wasn’t built in a day.

Change can be difficult, and it almost always takes time.

The key is to decide that you want to become more positive, and to begin the process of making that happen.

You won’t be perfect. You may not be consistent.

You may feel as if you’re not able to do this.

Just decide to become more positive, and make up your mind that you’re just going to keep trying, no matter what.

Five Things You Can Do Right Now

Condensing from the list above, here are five quick, relatively easy things you can do right now to take that first step toward becoming a more positive version of yourself:

For some – certainly for me – being positive is not natural.

It is not the norm.

It is not easy.

But it’s worth the effort.

And the hard reality is this: even if we don’t really care that much about being positive, we dramatically reduce our chances for being happy, successful, happy and healthy if we are not positive.

Sorry, I realize that was a negative way of telling you to be positive.

Clearly, I am still a work in process! LOL 🙂