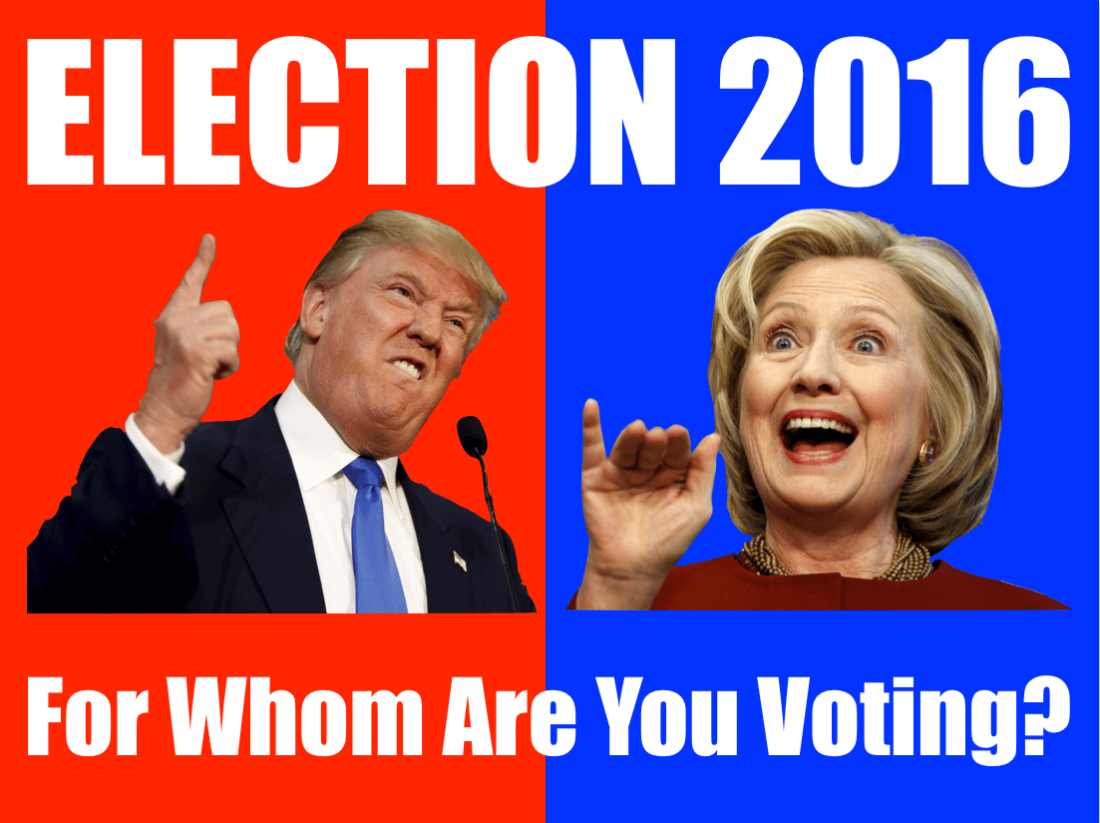 We decided to do our own, individual podcasts to let you know for whom we’re voting, and why. This is Phew’s version of that. And whomever you decide to support in this election, it is crucial to GET OUT AND VOTE!

For whom I am voting, and why

If you’ve listened to any of our prior podcasts, you’ve probably heard us talk about how I consider myself a moderate liberal, and my uncle considers himself a moderate conservative. He and I have been talking about doing a show in which we would discuss who we intend to vote for, and why.

But as we thought more about that, for a variety of reasons, we decided it made more sense to record separate shows in which we would tell you our decisions, and share with you some of our reasons for making those decisions.

This podcast is intended to summarize my response to the most pressing, important question facing most Americans today: “For whom will you vote in the 2016 United States presidential election?”

Before I get into it I want to make clear that after listening to Unc’s episode mine is going to seem less serious, thorough and political. In fact, mine may come off as forlorn, depressed and dejected. Attempting to keep some level of humorous distance from this election seems to be the only way that I can deal with it or digest it, truth be told. I’m aware of how on-the-edge-of-sanity that approach is. It is what it is.

When Unc says this is a terrifying election and potentially the most important in our adult lives, his words are stricken in double-bold for people my age. This is a far more important presidential election than Kerry v. Bush, Obama v. McCain or Obama v. Romney. I don’t know if any of us recall a time when the country was this divided or tribal. For those who remember the struggle of the civil rights movement, I defer to your living memory.

For me, this entire electoral process feels disgusting and infected. It’s corrupt, and not simply gross as a result of a bitter contest, but deeply corrupt.

Hillary Clinton represents the worst in terms of manufactured political doublespeak. She can’t seem to bring herself to speak plainly or directly about, well, anything.

From my perspective, the only reasons she’s getting away with it is first, because Donald Trump is a maniac in public, and second, because the media has nearly completely abdicated its responsibility (or worse) to hold the current administration accountable for, well, anything.

A functioning democracy requires an informed public and a healthy community of debate and discussion to produce candidates who are worthy of leadership positions; we have a process that allows a power-mongering liar to lead one of our two parties.

Quite simply, he’s a man who is addicted to the feeling of power, and his character would be absolutely terrifying on the world stage. He thinks almost exclusively in terms only of winning and losing, while geopolitics and the new economy requires win-win thinking. He’s outright questioned why we can’t use nuclear weapons to deal with international conflict. While Unc sees his ego as a potential strength, I see it as an achilles heel.

I could write exhaustively in this post, talking about misgivings about either side, about our media, about the process, about how there’s a “lesser of two evils” argument to be made for someone, but I won’t.

I’m not going to because I’m not voting.

I can feel almost a collective pull-back from you after typing that, but it is what it is.

Take a listen to the episode, I’d love to hear your thoughts.

Not sure who you distrust the least? Trying to figure out who has more skeletons in the closet? Interested in finding out where all the bodies are buried? We compiled every scandal we could find for BOTH candidates, and we did that as objectively and as honestly as we could. Click “FREE Download” below to get your free 2016 Election Scandal Scoresheet! We’re not asking for your email address or anything else – we just want you to make the most informed decision possible. Download and learn!